Can coffee predict the weather?

It may sound crazy, but a trick that backpackers and outdoors enthusiasts have been using for years is to predict the weather by pouring a cup of coffee and looking at the bubbles. While it sounds like little more than an old wives’ tale, many people swear by this and may have some scientific theory to back them up. So, is it science or merely folklore? Let’s take a look at the proposed theory and see how likely it is to be correct.

The idea is that in order to predict what the weather is likely to be over the next 12 hours or so, you pour a cup of coffee and look at the bubbles that form on the top. Where the bubbles gather should give you an indication of what kind of weather to expect in the near future. Here’s what the different bubble arrangements should mean: 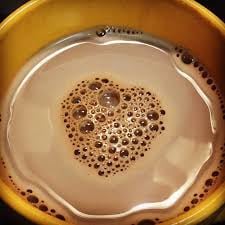 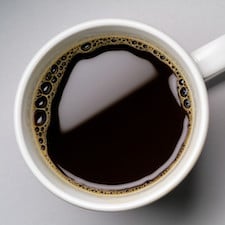 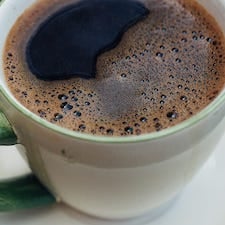 The theory behind this is that generally speaking, weather tends to be better during times of increased atmospheric pressure, and when the pressure is low we’re more likely to get rain. What this means for your morning brew is that high pressure will cause the surface of your drink to be slightly concave, causing the bubbles to amass in the centre of the cup, and during low pressure the surface would be convex, causing the bubbles to move to the edge.

Confusingly though, depending on who you listen to you may hear differing opinions on which means good and which means poor weather. Does this mean that the result of pressure on weather is not fully understood, or does it just mean that the whole theory is nonsense?

Most people believe that the theory isn’t really true, or at least that it isn’t reliable enough to plan your day around. The reason for this is 2-fold, firstly that it doesn’t seem to be clear what the effect of atmospheric pressure on the weather actually is. It’s traditionally thought that low pressure means rain is more likely, but this isn’t reliably accurate. Secondly, it’s generally thought that the changes in air pressure would have such a minimal impact on the surface of a cup of coffee that the direction of the bubbles is most likely to be completely random!

So using your morning cappuccino to decide whether or not to take an umbrella to work may not be the best idea, unless you don’t mind a bit of rain! That leaves you to focus on getting a great tasting coffee, preferably without having to waste time queueing up at a coffee shop. WMF has a huge range of bean-to-cup, espresso, and filter coffee machines, all featuring state of the art automation technology to give you the perfect cup, every single time.