What is a Café crème and how is it different?

A caffé crema (or Café Crème in Germany) is not all that popular over here in the UK, it is primarily served in Germany, Switzerland and Austria and northern Italy. So don’t worry if you have no idea what this is, you are not alone!

We’re here to fill you in on what your missing out on, and why you’re not likely to see this on the menu on the high street.

What is it and where does it come from?

Interesting history for this type of coffee, it actually has two different references to coffees through history.

It is such a popular coffee type in Germany that it is mostly used as a default type of black coffee., known as a "Café Crème" or just "Kaffee". It is a common misconception that Caffé crema is made from different coffee beans, when is actual fact it’s the brewing process that differentiates it from other coffees.

As we mentioned above the term was used in history as the name for an espresso, but since the 1980s a Caffé crema is essentially a longer espresso. This differs from the americanos we have grown to love. An americano, is a an espresso diluted with hot water.

The main reason it is not common across the UK is that it requires a different grind level for the extraction. Generally a coarse grind is used, but the extraction process works in the same way as an espresso does. Timing of approximately 25-30 seconds stays the same, and stopping as it begins to blond, however the coarse grind allowing for a greater volume. Resulting in a long espresso, with a crema top.

Some other variants include tamping less or extracting for slightly longer (maybe 35–40 seconds). Also as using coarser grinds some baristas like to use slightly  larger baskets/portafilters to allow for enough coffee to be held, whilst the flow of water the coffee can be consistent. 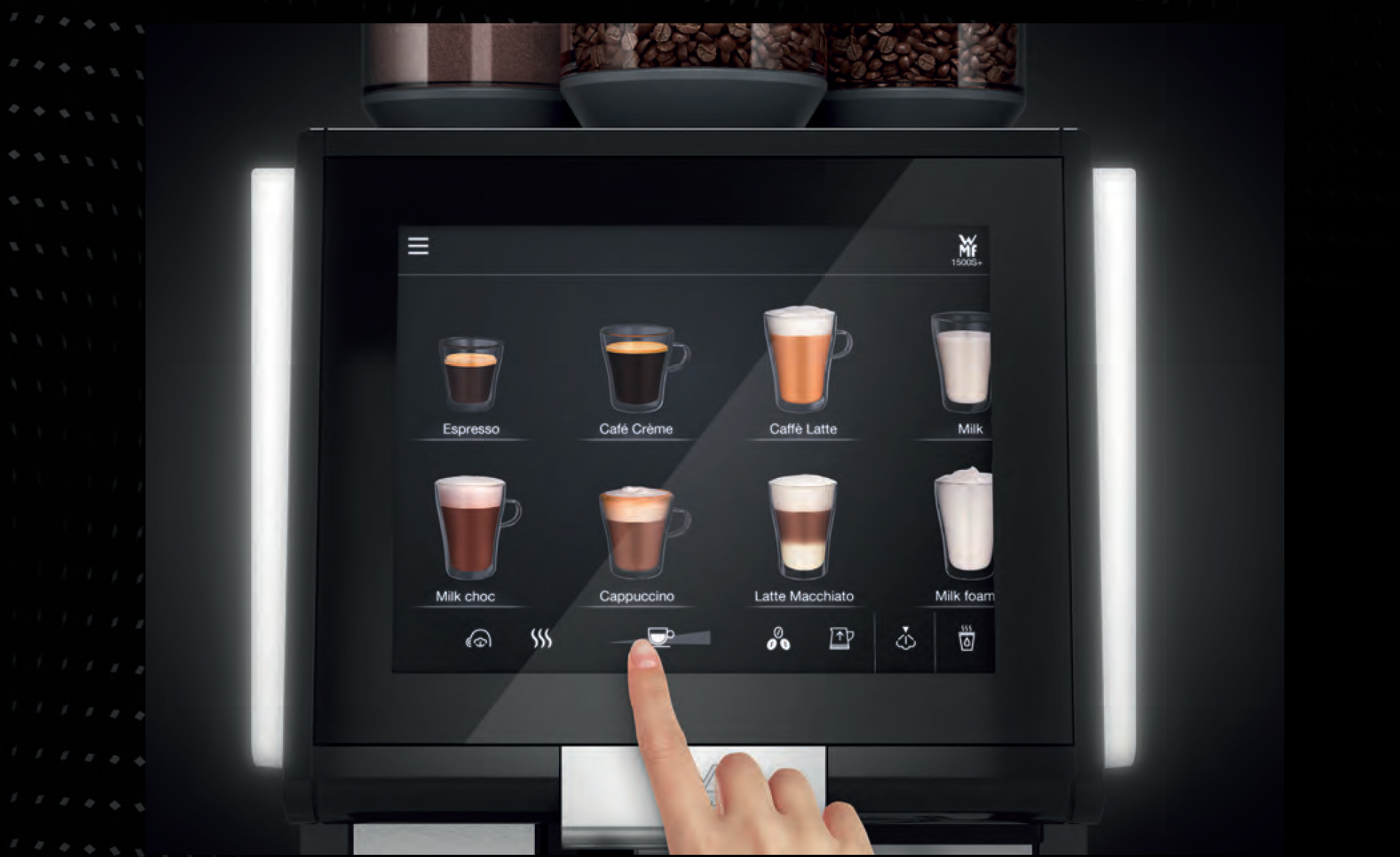 So, whether you prefer an espresso, café crème, or a milky coffee we have a variety of different machines to support you. Great coffee at the touch of a button without the need to worry about grinds, extraction time or tamping.