Which sweetener to use in coffee?

Coffee in its purest form can often be a bitter flavour that many people consider to be an acquired taste that develops with time. This is one of the main reasons why sweeteners are so commonly used, especially among casual coffee drinkers. While hardcore coffee fans will much more commonly go for unsweetened black coffee, or will rely on the milk to add sweetness, adding sugar or other sweeteners a common practice around the world.

Is sugar really the best way to sweeten your beverage though? Let’s take a look at the different options and how they can impact the flavour of your brew.

Of course, the most popular way to sweeten a cup of coffee is with sugar, mainly because this is the easiest way to add sweetness with minimal changes to the flavour. There are a few different types of sugar that are commonly used in coffee: 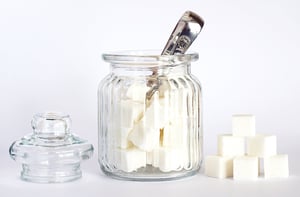 White sugar – this is sugar that has had the molasses removed, which allows it to add sweetness with very little impact on the flavour of the coffee.

Brown sugar – this is essentially just white sugar that has had molasses added back in, giving it a richer flavour and a stickier texture.

Raw sugar – this means that it still contains it’s natural molasses, and sits somewhere between white and brown sugar in terms of flavour impact.

While less common than sugar, you will sometimes see other natural sweeteners available in coffee shops, or you can always experiment with them at home. 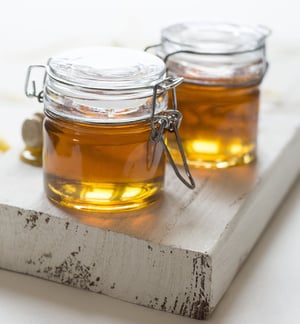 Honey – this can add a heavy flavour to the brew depending on the type used, which is why it’s very popular in teas and baking. When carefully matched with the right kind of coffee, honey can actually add a very nice flavour to the drink.

Maple syrup – unsurprisingly this adds a maple flavour, which again can often be very nice with the right kind of brew. While not as popular in the UK, many people in Canada and the US regularly use maple syrup in coffee.

Agave nectar – this adds a relatively mild caramel flavour and a slight bitterness. It’s also very popular in baking as a vegan alternative to honey.

Molasses – in some parts of the world this is a very popular sweetener used both in drinks and in baking. It can add a rich, earthy flavour which pairs very well with dark roasts.

The biggest obvious downside to all of the sweeteners mentioned so far is the additional calories that they add to your drink. If you have several coffees a day this can really add up, which is why low or zero calorie artificial sweeteners are so popular. Here are some of the most common types that are used in coffee:

Aspartame – this is the main sweetener used in diet soft drinks and can add a mild artificial taste to your beverage. There have been numerous health risks associated with this over the years, but it remains one of the most popular sweeteners in the world.

Sucralose – This is made from real sugar, using chlorination to create a molecule that isn’t broken down by the body, so contains no calories. This also has an artificial flavour that can be quite noticeable.

Saccharin – This is another sweetener that has been controversial in the past but remains popular to this day. As with the other artificial sweeteners this does alter the flavour of your coffee.

Stevia – This is actually a natural sweetener derived from a stevia leaf, though the kind used in coffee is usually highly processed. Like the other sweeteners on this list it contains zero calories, but as it’s more natural it’s considered less of a health risk. It does however leave a very noticeable bitter aftertaste.

Ultimately, which sweetener is best for you does somewhat come down to personal preference. If you’re a coffee lover that just wants to add a bit of sweetness then white or natural sugar would be your best bet, though you need to be careful about the calories. If you drink a lot of coffee it may be worth looking at the low calorie alternatives but bear in mind the potential health risks, and experiment to find the one that you feel has the least effect on your drink. It’s definitely worth experimenting with the other natural sweeteners though, you may find a coffee/sweetener combination that you end up falling in love with.

As always, the most important place to start is with a great tasting cup of coffee to begin with, you may find that you’re only using sweeteners to cover up the taste of a poorly made espresso. Consistently high performing equipment is vital for making sure your beverages taste amazing every time. That’s why WMF use top of the range automation technology to make sure every espresso is perfectly ground and tamped, removing any guesswork to give you the perfect cup every single time. Download a brochure to see our full range.