Coffee brew bags – what are they? 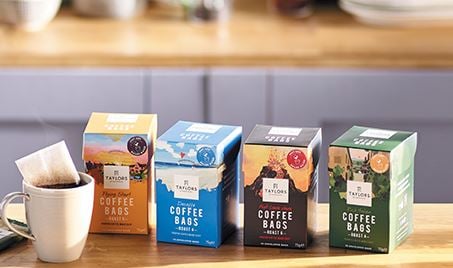 Tea bags are as much a part of the British identity as fish & chips and cockney rhyming slang, but did you know that you can now get the equivalent version for coffee? Coffee brew bags have been around for a little while now and have picked up in popularity over the last few years, and as you might expect the concept is basically the same as a tea bag, just containing ground coffee as opposed to tea. Given the popularity of tea bags, could this take over as the most popular brewing method in the UK?

How do they work? 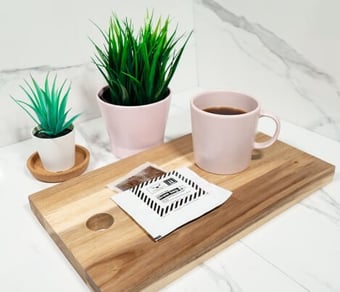 Brew bags work by just dropping them into a cup of hot water to steep for around 4 minutes, then fish the bag out and it’s ready to drink! It’s a brewing method that’s incredibly simple, with minimal mess and fuss, and can be done anywhere with hot water and a mug. This makes it a great option for people who are constantly on the go, or for frequent travellers who often find themselves stuck with instant coffee in hotel rooms.

The simplicity of the brewing method makes it a great middle ground between instant and filter coffee, perfect for people who hate instant but keep getting stuck with no other option!

Brew bags work in a very similar way to a cafetière, in fact the relationship between the two is much the same as with tea bags and loose-leaf tea. The coffee is slowly steeped in the water before being filtered out, as opposed to the typical filter method where hot water is poured or dripped through the coffee and filtered into the cup. There are some limitations that come along with the convenience of the brew bags of course, such as the fact that you’re not using freshly ground coffee, and you’re essentially leaving the filter in the water for the whole brew time. As such filter coffee is always going to produce a fresher, more complex flavour, though of course it requires a degree more preparation.

One step further on from filter coffee in complexity is espresso, which uses pressure to force water through ground coffee to create a smaller, but much stronger coffee. The flavour of an espresso shot is much more intense than is possible with a brew bag, which is what makes it such a great base to craft a wide variety of milky coffees such as lattes and cappuccinos. While espressos have the edge with flavour and versatility, it’s not something you can carry around with you, so brew bags provide a great option to enjoy a proper coffee when you would usually be stuck with instant.

Brew bags are an interesting innovation for coffee lovers on the go, outdoors enthusiasts and frequent travellers, but will never replace real espresso-based drinks. Developing new innovations for coffee machines is what WMF does best, using cutting edge automation technology to improve quality and efficiency. The WMF Espresso manages to combine automation with real handmade coffee, by automatically grinding and tamping the espresso, freeing up the barista’s time to make sure the beverage is exactly how the customer likes it. This helps you to keep profits up, while keeping both wastage and queues to a minimum. Download a brochure to see our full range.