Coffee in Game of Thrones?

Unless you’ve been living under a rock I’m sure you’ve heard of Game of Thrones, which is currently part way through its 8th and final season. The eagle eyed among you may have spotted something slightly out of place on the latest episode – a takeaway coffee cup! Fans on social media have had lots of fun joking about the oversight, which producers have since had digitally removed. It may seem like nit-picking to point out such a minor mistake that was only on screen for a moment, but when you consider that each episode costs around $15million to make, it seems crazy that such a silly mistake would be missed. 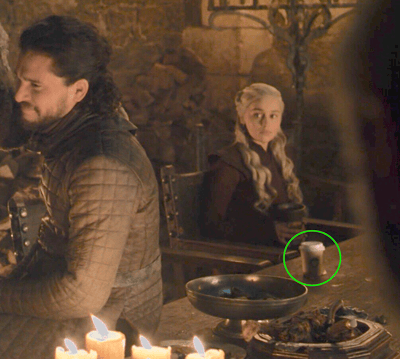 For those out of the loop, Game of Thrones is currently the biggest TV show on the planet. It was officially the most popular show in the UK in 2018, has won more Primetime Emmy Awards than any other show (38), and is in the Guinness Book of World Records as the most pirated TV program of all time. The show has an incredibly high production value, which means the coffee cup must have not only been missed by all the cast and crew, but also dozens of producers and editors who all will have seen the footage before being approved.

Of course, out of place items creeping their way into films and TV isn’t a recent phenomenon at all. In fact it’s something that happens all the time, it’s just that much more surprising when it happens on big budget productions. Some other funny examples are when a plastic water bottle was displayed on a mantlepiece in promotional photographs for Downtown Abbey, or when a Ford Mondeo somehow ended up in Braveheart!

Does coffee exist in Game of Thrones?

Game of Thrones takes place in a fictional country called Westeros, which is very loosely based on 15th Century England (just with more dragons). Whilst technically speaking it’s all make believe so anything could exist that the writers wanted, I think it’s safe to assume that the coffee cup was definitely not intentional! 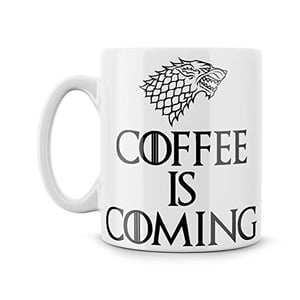 Coffee did exist in the 15th Century, which is around the time it was first exported out of Ethiopia to Yemen. Unfortunately, it hadn’t reached Europe by this point, and certainly not Britain. Even if it had, it doesn’t seem likely that Daenerys Targaryen would be enjoying a nice latte in a paper and plastic takeaway cup. In a show about ice zombies and dragons, we certainly didn’t think that the most unrealistic part of the show would be a coffee!

If you’re jealous of the Dragon Queen’s brew and want to upgrade the coffee machine in your workplace, check out WMF’s range of bean-to-cup machines. All featuring top of the range automation technology to give you great tasting beverage without the need for trained staff, you’re bound to find a machine to suit your needs.

- Variety - snap of GOT episode - edited