How decaf coffee is made

For many people caffeine is the main reason they started drinking coffee to begin with, but as any coffee enthusiast will tell you, flavour is everything. That’s why decaffeinated coffee is becoming more and more popular, sometimes you want to enjoy the flavour of a great cup of coffee without the caffeine buzz. Particularly for people who have trouble sleeping, decaf is a great option to avoid insomnia without having to skip their afternoon cappuccino.

While decaf coffee is more popular than ever, few people understand how the whole process works. Coffee is a complex mix of lots of different chemicals and removing the caffeine without also removing the flavour is a tricky job. While it’s not hard to find great tasting decaf coffee beans now, that certainly hasn’t always been the case! Thankfully coffee producers have now got it down to a precise science, so we can enjoy coffee at any time of the day without sacrificing the flavour. 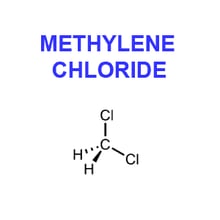 One of the most common ways caffeine is removed from coffee is with the use of chemical solvents, such as methylene chloride and ethyl acetate. While these chemicals may sound a little scary, there is no health risks associated with their use in coffee decaffeination, and the likelihood of there being even a tiny trace of them in your coffee cup is minimal.

The 2 ways solvents are used in decaffeination are direct, or indirect processing. 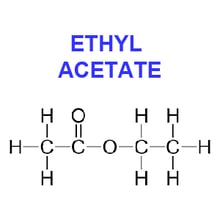 Direct – Beans are steamed for 30 minutes or more to open up their pores and make them more receptive to the chemical solvent. They are then rinsed in a solvent solution repeatedly over the course of around 10 hours to remove the caffeine. The solvent is then drained away and the beans are re-steamed to remove any trace of the chemicals.

Indirect – The beans are soaked in very hot water for several hours, which extracts the caffeine along with many of the oils and other elements that give the beans their flavour. The water is separated and treated with the solvent, which selectively bonds only to the caffeine molecules. The water is then heated which makes the caffeine bonded solvent evaporate, and the remaining water is reintroduced to the beans to allow the remaining flavour elements to be absorbed.

There are also two main methods for extracting caffeine without the use of chemicals, the Swiss water process and C0² extraction.

Swiss water process – This is mostly used for organic coffee where the use of chemicals is not permitted. The process starts by soaking the beans in very hot water to dissolve the caffeine along with the other flavour rich chemicals. The water is then filtered through activated charcoal which captures the large caffeine molecules, but letting the other chemicals pass through. The flavourless beans are then discarded, leaving only favour rich, caffeine free water. This water is used to soak a second batch of beans to remove the caffeine, but as the water is already full of the other chemicals, only the caffeine is removed from the beans via osmosis. The result is decaf coffee beans with minimal flavour loss.

C0² process – This is the most recent high-tech method, which essentially uses carbon dioxide instead of a solvent. The beans are soaked in water and placed in a pressurised steel container called the extraction vessel. C0² is forced into the vessel at extremely high pressure which extracts the caffeine and transfers it to a separate container. This process is quite expensive and tends to be used for large batches of commercial coffee beans.

It’s clear that as the quality of decaf coffee is increasing, so too is its popularity. This means that it’s important to set up your business to handle both standard and decaf drinks if you want to keep up with demand. The WMF 1200 F is a filter coffee machine that’s perfect hotels or offices where you need to cater for lots of people quickly, and has the added bonus of two hoppers to allow two different kinds of coffee beans to be used in a single machine. For catering businesses we have the WMF 9000 F  which can quickly produce large quantities of great quality coffee, also with two hoppers to produce two types of coffee.

Download a brochure to see the full range of products.