How to market decaf coffee to your customers

For a lot of coffee drinkers, the caffeine is the main reason they started drinking it in the first place, so they never even consider switching to a decaf variety. On the other hand though, many people are now trying to restrict the amount of coffee they drink due to the caffeine levels, either limiting themselves to a certain number of cups per day, or not drinking any after a certain time.

This presents a great opportunity for coffee shops to encourage those customers to try out decaffeinated coffee, perhaps leading them to buy more drinks than they usually would or to come back later in the day. It’s also a great chance for health conscious coffee lovers to see what they’ve been missing out on! 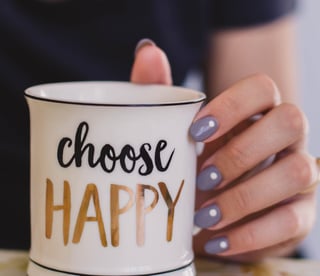 As with any product, understanding your audience is key. What kind of customer tends to order decaf drinks currently? What time of day are they coming in? This could help to influence the kind of language you use with customers and when is the best time to offer the decaf option as an alternative. Generally younger generations tend to order more decaf than older customers, but it all depends on who your main customers are, and what your busiest times are. You might find that customers coming in to grab a coffee on their way to work are keener on keeping the caffeine, but perhaps in the afternoon they would be more open to trying a decaf brew.

Focus on the coffee

The biggest thing that coffee shops managers should remember is to promote their decaf coffee as a great tasting alternative variety, rather than focussing entirely on the lack of caffeine. Once people realise that it’s just different kind of coffee rather than being in some way less than the caffeinated options, they’re much more likely to give it a go. The main talking points should be around the tasting notes, the mouthfeel, and the country of origin, exactly the same as you would with any other specialist coffee.

Sometimes the only way to convince people is to have them taste it for themselves. Offer small free tasters during busy hours, maybe if the queue is long you could catch people while they’re still making their mind up. As long as you’re using great quality coffee beans you’re bound to get some enthusiastic converts.

You could also try running cupping sessions to give people the chance to taste multiple coffees so they can see that decaf doesn’t really taste any different. Maybe try blind taste testing and see if they can guess which coffee is decaf!

Often with businesses like restaurants, hotels, and smaller coffee shops, having a decaf option seems impossible due to only having space/budget for a single machine. This isn’t an issue though with coffee machines like the stylish WMF Espresso, which has 2 air cooled bean hoppers built in, giving you the option to make perfect espresso based drinks automatically with a choice of beans. For peak times after a big meeting there is the WMF 9000 F, a self service filter coffee machine that can make up to 2.8 litres of coffee at a time, with 2 different bean options to choose from. Download a brochure to see the whole range.