Is 25 cups of coffee a day healthy?

Recent research has hit the headlines this week with a startling claim around the health impact of high coffee consumption, stating that up to 25 cups of coffee per day isn’t actually bad for the heart. This is shocking for most people to hear and goes against all traditional logic on the subject, which generally believes excessive caffeine intake could cause heart issues such as stiffening of the arteries.

What the study involved 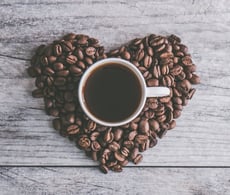 The research was carried out at Queen Mary’s William Harvey Research Institute, led by Professor Steffen Petersen, and was presented at the British Cardiovascular Society Conference in Manchester. The study involved over 8,000 participants who were split into 3 groups, those who drank less than 1 cup per day, those who drank between 1 and 3 cups per day, and those who drank more than 3. Anyone who drank over 25 cups per day was excluded from the study, though no increased stiffening of arteries could be found in the group who drank up to this amount.

Although the study did include participants who drank as many as 25 cups per day, the average amount in this group was 5 cups. The study didn’t find any causal link, and there are a wide variety of conflicting studies and opinions out there, but this research does show that high coffee consumption doesn’t seem to be as negative on cardiovascular health as previously thought.

Other factors to consider

Of course, heart health isn’t the only thing you need to consider when talking about coffee consumption. The study may not have found any correlation between high coffee intake and arterial stiffening, but that definitely doesn’t mean that 25 cups per day is healthy! Caffeine is a stimulant and can affect a number of other processes in your body, such as digestion, sleeping patterns, and hydration levels. Some studies have shown that low to moderate coffee intake can actually be beneficial for health, but most experts recommend no more than around 400mg per day (approximately 4 cups).

How much caffeine is 25 cups of coffee?

25 cups per day is around 2500mg of coffee, so over 6 times the around generally recommended! Here’s a list of what you would need to consume to get this much caffeine from other sources: 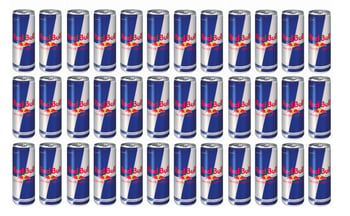 While you might not be encouraging your staff or customers to drink 25 cups per day, you still need to be prepared to keep up with the demand. Nobody likes queueing or waiting around for their coffee, so WMF always strive to build the most efficient machines possible, to keep both our customers and their customers happy. For example, the high performance WMF 9000 S+ machine has a peak output of up to 350 cups per hour, fast enough to keep up with even the busiest environment.