Is your love of coffee genetic?

A person’s DNA can impact a lot about how a person grows up, such as their height, their eye colour and even their sleeping patterns, but can it really dictate how much coffee they’re likely to drink? Apparently so, according to some research carried out by Northwestern University. Accord­­ing to 2 studies they conducted last year, the likelihood of whether someone is likely to be a heavy coffee drinker, or a heavy tea drinker can be tracked back to a specific gene. So, it may well give us a scientific reason why we love coffee so much!

What the research tells us

The first study they conducted looked to identify how specific genes are linked to perception of different tastes. They found 3 genes that are associated with the increased ability to detect bitter flavours, one for the bitterness found in caffeine, another for the bitterness in quinine (a chemical in tonic water), and a third for the bitterness propylthiouracil, or prop (a thyroid medication).

The second study analysed genetic data from UK Biobank, a research project that recruited hundreds of thousands of participants aged between 37 and 73 to record their genetic information as well as questions about their health. This included information about the amount of certain drinks (coffee, tea, alcohol etc) they tended to consume each week.

The results found that people with the gene associated with increased taste of caffeine drank slightly more coffee and were 20% more likely to become heavy coffee drinkers. Conversely, the people with the gene associated with increased ability to taste quinine or prop drank less coffee on average. This is believed to mean that being able to better taste the caffeine in a cup of coffee increases the degree to which you associate the taste of the coffee with the stimulating effects of the caffeine, increasing the likelihood of you becoming a big coffee lover. 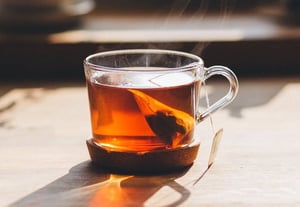 This just goes to show how the differences in what people like to drink is always going to vary, due both to personal preferences and genetics. That’s why it’s important to make sure your coffee machine gives you the versatility to produce a wide range of beverages to keep any customer happy. The WMF 1500 S+ provides unprecedented versatility with guaranteed high quality. Blending reliable performance with intuitive operation, this machine gives you the option to tailor the settings to meet your needs and keep your customers satisfied.