Given not only the popularity of coffee around the world, but also the tendency for drinkers to become die hard coffee fanatics, it’s no surprise that songwriters have been writing music about coffee for quite some time.

For some people coffee represents a way of getting going and being energetic, and for others it's something to calm down and relax with, and you can really see that in the huge variety of different genres that have been inspired to write music about it. The life of a musician can be tiring and stressful, especially when touring, so it’s not really a surprise that so many of them have become big coffee drinkers!

Some of our favourites

Here is a run down of some of the best and most well known songs featuring everyone’s favourite caffeinated beverage.

Probably the most famous song about coffee of all time, this is a novelty song that Sinatra recorded way back in 1946. In it he jokes about there being so much coffee in Brazil that you can’t get any other beverages.

“They've got an awful lot of coffee in Brazil.

You can't get cherry soda,

'Cause they've got to sell their quota,

and the way things are I guess they never will.”

This one from Johnny Cash was recorded in 1966 on the album Everybody Loves a Nut which is mostly novelty country songs. It tells a story about a truck driver who’s stopped off for a cup of coffee on a long trip.

"I just dropped in to have a cup of coffee friend

Gotta get that semi down the line"

This song was from the soundtrack to the movie Let No Man Write My Epitaph in 1960, and despite being previously recorded by several other artists it has become the most famous version, undoubtedly due to Fitzgerald’s soulful singing style.

"My nerves have gone to pieces

My hair is turning gray

All I do is drink black coffee

Since my man's gone away"

If punk rock is more your style this should be right up your street. At only 34 seconds long this is essentially a full song but played as fast as possible and is dedicated specifically to how much they love coffee!

" I don't need no booze or drugs

I just chug-a-lug-o my coffee mug

And I don't need your kiss and hug

I just chug-a-lug-o my coffee mug"

Even folk hero Bob Dylan has written songs about coffee, with this one being on his 1976 album Desire. It tells the tale of meeting a beautiful girl in a family of drifters and was famously covered by The White Stripes.

"One more cup of coffee for the road

One more cup of coffee 'fore I go

To the valley below"

Time to update your playlist!

With the sheer number of songs featuring coffee out there, you should definitely consider adding a few to your playlist. If you run a coffee business, it can be a fun way build a nice atmosphere for your customers. 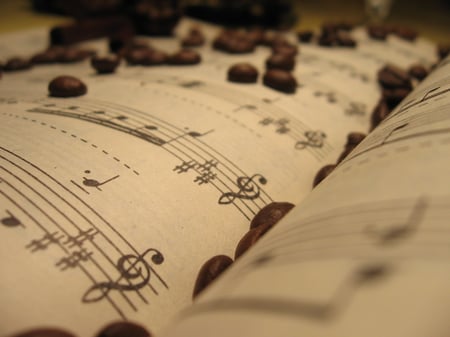 Managing a fast-paced business can be difficult and finding the time to spend on making your shop a relaxing environment for your customers can seem impossible at times. Thankfully WMF have got you covered. Our coffee machines feature state of the art automation technology to produce consistently great tasting drinks without the need for specialist training. This frees you up to focus on making sure you’re giving your customers the very best experience possible.