Coffee based soft drinks have been growing rapidly in popularity over the last few years, with cold brew and ready to drink coffees now being commonplace in supermarkets across the world. Coca-cola made headlines earlier in the year with the launch of their coffee/cola hybrid in Australia and Asia, and now Pepsi have decided to join in the fun.

Pepsi have announced that they will be launching 2 new coffee cola products in April 2020, original flavour and a slightly sweeter, creamier vanilla flavour. They will contain real roasted arabica coffee, and as expected will have a high caffeine content to give the best of both worlds. Unfortunately, this will initially only be available in the US, but if the launch is successfully it’s sure to be released worldwide in the future. 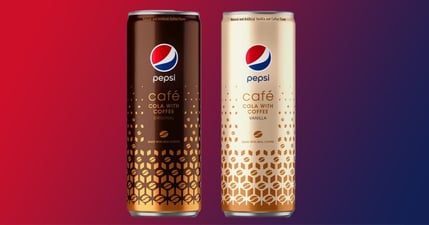 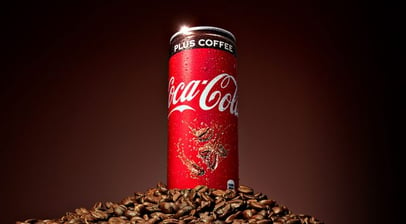 Pepsi are no stranger to experimenting with unusual flavours, particularly in the US where they have previously released strange drinks like Pepsi Holiday Spice, Pepsi Wild Cherry, and the infamous clear cola drink Crystal Pepsi. Much like Coca-Cola they have experimented a little with coffee in the past too, having trialled Pepsi Cappuccino in parts of Europe, but these new drinks represent the first time they have released a coffee-based drink in the hyper-competitive US soft drink market.

Will this be a revival of the cola wars?

The rivalry between Pepsi and Coca-Cola is legendary, with the 2 companies having been in direct competition for over a century. In the 1980’s the competition between the companies reached a peak, with both businesses launching new product ranges to try to topple the other and take over as the number 1 soft drink in the world. Despite the massive blunder that was “New Coke”, Coca-Cola have continued to be the best-selling cola in the world year on year. Pepsi have still been able to keep up though, and in recent years have been beating Coca-Cola on profits and share value. If the new coffee drinks are successful, it could be a huge win for Pepsi to be the first to release them to the American market.

As this release will hit the US, there has not yet been any talk of this coming across to the UK yet. So, all you keen cola coffee lovers may a little wait ahead of you yet before you will see these on any supermarket shelves.

With big brands like Pepsi and Coca-Cola getting involved in the coffee industry, it just goes to show how popular coffee is worldwide, and how much potential there is for profit. This is the best time ever to add a coffee option to your business, or to expand your current offering even further. WMF coffee machines provide a wide range of options for any size business, from compact bean-to-cup machines like the WMF 1100 S to the classic portafilter style of the WMF Espresso. All WMF machines feature automated grinding and tamping to make sure every drink is perfect, keeping your standards up and your queues down. Download a brochure to see our full range.