The history of the coffee machine 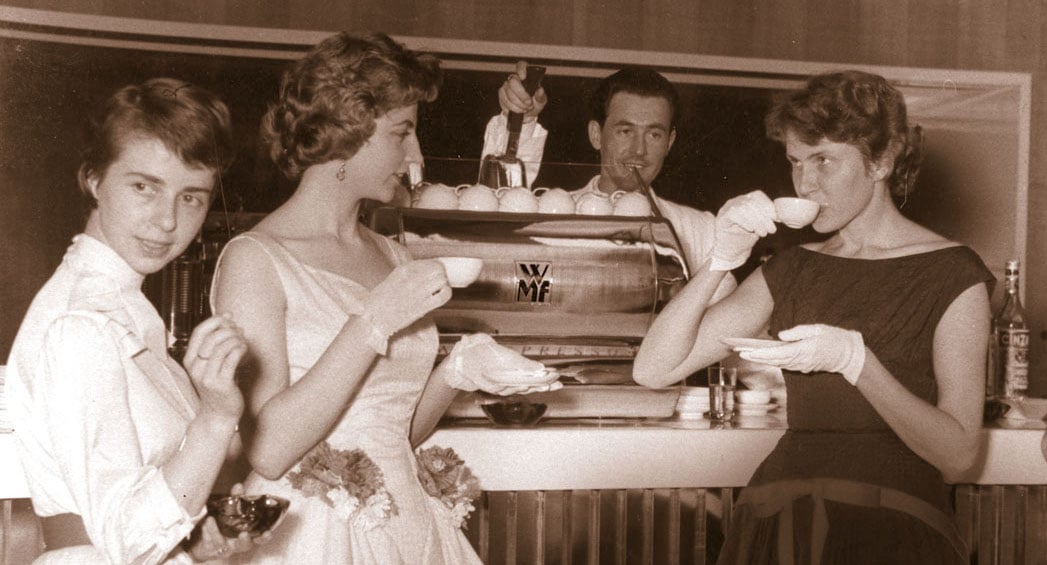 Any self-respecting coffee drinker knows their espresso from their filter coffee, but how many people understand the history behind them? Today’s espresso machines vary from very simple systems you can fit on your kitchen counter to sophisticated pieces of technology that remove any chance of a bad brew. Let’s look back at the history of the coffee machines and learn about how far we have come over the years.

Despite how complex an espresso machine seems, it’s actually one of the oldest of the modern coffee brewing methods. Take a look back through this timeline to learn more.

1865 – The first patent for a coffee percolator was filed by American James Nason. This was later improved to a stove top percolator by Hanson Goodrich in 1869. 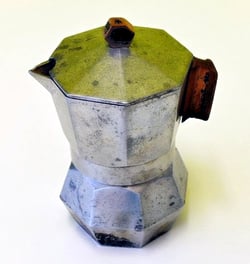 1901 – The espresso machine designs were improved by Milanese mechanic Luigi Bezzera, who patented a number of improvements.

1908 – The first coffee maker using blotting paper based filters was invented by German entrepreneur Melitta Bentz, due to the tendency for percolators to over-brew the coffee, making the drink bitter. 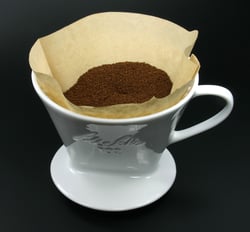 1927 – The first series of large-scale WMF coffee machines were manufactured in what was then a subsidiary company in the German town of Goppingen. 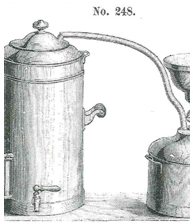 1929 –The French press was invented by Milanese designer Attilio Calimani.

1933 – The moka pot is first patented by Alfonso Bialetti, named after Mocha, a city in Yemen. To this day this type of coffee maker remains popular for home use all over Europe and South America.

1954 – The first electric drip coffee maker called the Wigomat was invented in Germany by Gottlob Widmann.

1961 – The first pump driven espresso machine was released by Faema, which used a motor driven pump instead of physical force to produce the pressure for the espresso. This design became the standard for specialist coffee production all over the world.

1972 – The electric drip coffee maker was popularised across America by the brand Mr Coffee, replacing the percolator as the most popular brewing method both for home and commercial use in the US.

Due to the rapid acceleration of electronic technologies over the last couple of decades, espresso machines are now more sophisticated than ever. Advanced machines like the WMF Espresso can perfectly grind, tamp, and brew the coffee automatically, producing unbelievably tasty espresso at the touch of a button.

Find out where WMF fits into the timeline at the London Coffee Festival from the 12th of April for trade visitor and the 14th and 15th of April for everyone, at the Old Truman Brewery in London. 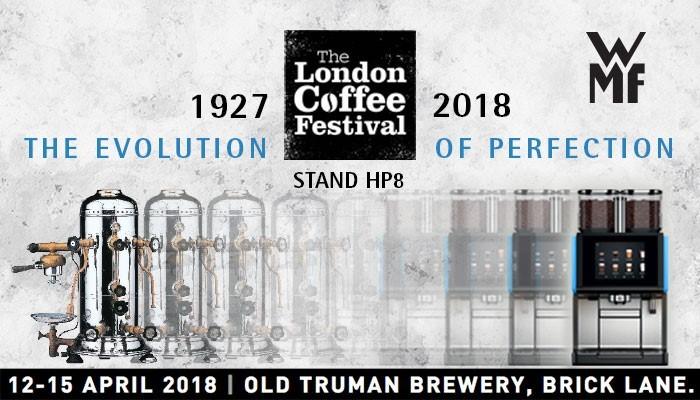 If you can’t make it, you can learn more about the WMF Espresso here, or download a brochure to see the whole range.