The rarest and most expensive coffees in the world

Back when it was first imported to Europe in the 16th century, coffee was a very expensive luxury item that only the upper classes could afford to indulge in. Of course, in the 21st century this is no longer the case, with people from all different walks of life now enjoying coffee every day. However there has always been a niche market for very high-end beans, and in recent years due to the increased popularity of specialist coffee and a more educated client base, these luxury beans are becoming more sought after than ever before. Let’s look at some of the rarest, most expensive coffee beans from around the globe. 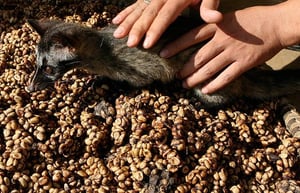 his is one of the most famous (or perhaps infamous) coffee beans on the planet. Often considered to be the most expensive coffee in existence (although this is no longer true), these coffee beans are grown in Indonesia. What makes these beans unique though, is that they are harvested from the droppings of an animal known as the palm civet, often nicknamed the toddy cat. Yes, you read that correctly, these coffee beans are picked out of animal poo.

You may think this would make the coffee taste terrible, but quite the opposite is true. The tree dwelling toddy cat has quite a discerning taste and will only eat the very ripest coffee fruit, and once eaten the natural fermentation process creates a unique flavour that cannot be produced any other way. The beans are of course thoroughly cleaned before being roasted, and apparently make a brew with a delicious plum like flavour. This type of coffee has been surrounded by some controversy however, due to the reported poor treatment of the animals by coffee farmers. 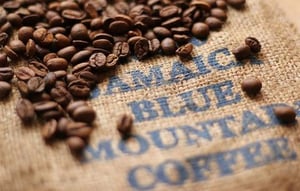 You may never have heard of this one, but in Japan it is one of the most famous and sought-after types of coffee bean on the market. They are grown in a specific region of Jamaica about 5,000 feet above sea level. The heavy rainfall in this region is seen as the reason for the subtle, mild flavour that this variety is famous for, which lacks almost any bitterness at all. Japan is the biggest importer in the world of these beans, so perhaps they know something the rest of us don’t! 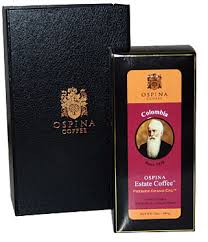 Ospina is a Columbian coffee growing family that own one of the oldest plantations in the country, which is saying a lot for Columbia! Grown at an altitude of 7,500 feet or higher, the ashy volcanic soil produces incredible quality beans that are renowned the world over. Exclusive varieties such as the Café Premier Grand Cru are some of the most expensive coffee beans in the world, producing a nutty aroma with a delicious chocolatey flavour. 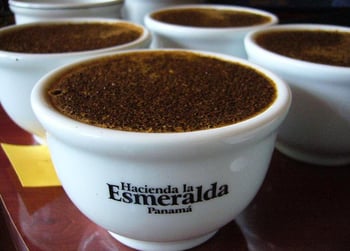 This coffee has won awards around the world for its incredible flavour, however it’s so rare that being able to taste it is often a once in a lifetime chance for even the most experienced coffee connoisseurs. Grown on the sides on Mount Bare in Panama, these coffee plants share the soil with guava trees, which is what is thought to be one of the main factors in producing such a citrussy flavour. 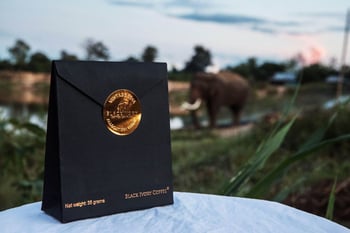 This is the coffee that has taken over from Kopi Lukak as the most expensive in the world, costing up to $1,500 per pound. These 2 coffee varieties have another thing in common as well as the price range, they’re both harvested in animal waste! As you may have guessed from the name, Black Ivory is made from coffee fruit that is fed to elephants and harvested from their droppings, this time in Northern Thailand. Elephants digest food very slowly, which results in a very smooth and mellow flavour in the end product.

The high price of this coffee is due to the costs associated with caring for the animals, with a portion of the coffee sales go towards the elephant’s healthcare. Many of the animals used are rescued from the tourism industry where they are largely abused, so you can do a good deed and enjoy great tasting coffee all at the same time!

Whatever kind of coffee beans you go for, you need to be confident that your equipment can get the best out of your investment. There’s no point in paying for some of the best quality beans in the world if your machine isn’t up to scratch! The WMF espresso automatically grinds and tamps your beans for you, taking away any human error and making sure the espresso is perfect every single time. This frees the barista up to concentrate on getting the milk exactly right, producing the best possible beverage for your customers.