Future trends: What does the future hold for coffee? 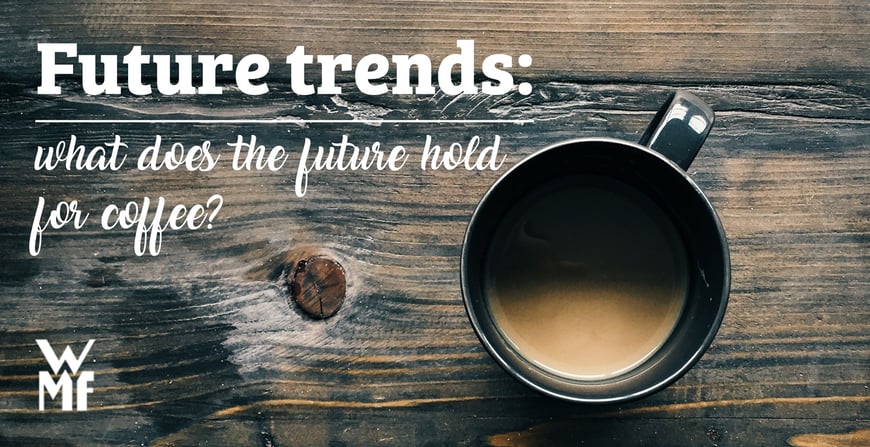 So we all know coffee has an interesting history, and over the last few years its popularity has increased to the point where most of the public understands the difference between a cappuccino and a latte. But what does the future hold for this powerful bean? Here we look into some possibilities of future trends for coffee. The next generation could experience coffee in a completely different way…

No this doesn’t mean grabbing a handful of beans and chomping away. A company called Nootrobox have created GO CUBES. They boast the slogans “Coffee Reinvented” and “The Future of coffee.” 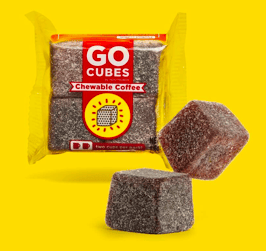 They have conducted extensive research and development to reduce the jitteriness often caused by caffeine, and added their own nootropic supplement  for a well-rounded, steady and focused feel. Each cube contains 50mg of caffeine and they come in packs of four, for putting in your pocket or chucking in your bag. The aim is to give you the kick of coffee, with the relaxation of tea.

I’m not sure this has grounds to replace coffee, but a great fall back when you’re on the go. What do you think? 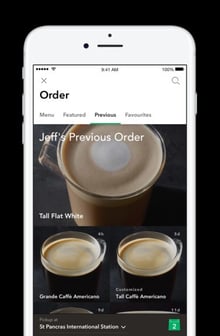 This has been trialled, and is being successfully used in some leading brand coffee shops. Using their app, you can make your order en route to the coffee shop, skip the queue and just collect your order.

In theory, this is a great idea and tailored to those who are constantly on the move and don’t have time to wait in a queue. However, if it becomes more popular and everyone skips the queue, then in actuality, no-one does! Customers will just end up queuing at the collection point instead.

If this is to pick up in the future, it will need some work to evolve.

Nothing beats a trained and experienced barista made coffee… right?

Technology is rapidly advancing so we can expect to have intelligent coffee machines coming very soon. Programed to make specific orders for all their visitors without the need for 5 trained baristas!

We may not be quite there yet with AI but we are now at a point where it’s actually a possibility. I’m sure we are quite a few years away from robots running our cafés, but if AI can drive cars as well as humans, surely they could make a decent flat white?

Latte art is nothing new, it actually became popular in the 80s, but there are more ways we can be creative with it. For example, adding food colouring to the milk has built Mason Salisbury a big following in his home of Las Vegas. With coffee culture growing among the younger generations, we hope to see more creativity with coffee in the years to come. 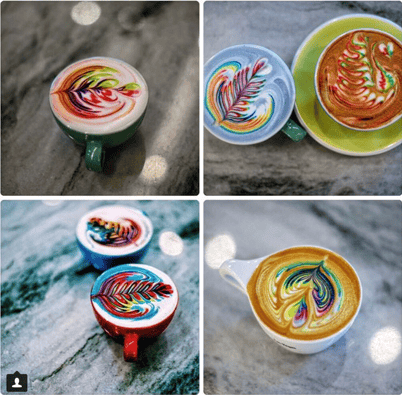 It’s not uncommon for coffee droughts to hit the news (Brazil drought 2014). However is has been reported that  due to climate change, experts predict that by 2050 global warming will make half of the land currently used for coffee production unable to produce quality beans. Although this report is projecting what will happen, the coffee shortage is not in the distant future.

So, if for no other reason than to supply the great grandchildren with coffee, we need to do what we can to battle global warming. How will our descendants ever get anything done without it?!