What is instant coffee?

It may seem like sacrilege to even mention it on a coffee blog, but instant coffee is still a major business in the UK In fact, according to research instant coffee accounts for 77% of coffee bought for home consumption here in Britain. So even with the growth in the specialist coffee market in recent years, instant is still dominating in the supermarkets.

Instant coffee has been around since the late 19th century but wasn’t really popularised until Nescafé launched in 1938. Due to World War 2, there was a much bigger need for foods with a long shelf life, so instant coffee became the standard around much of the western world. 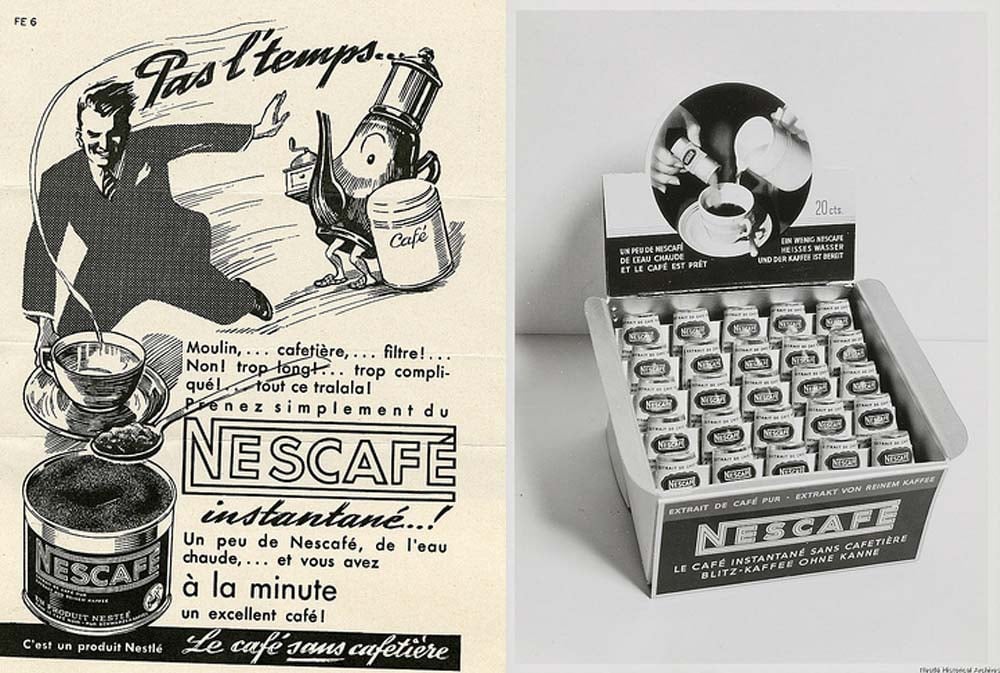 There are two main methods that are used for making instant coffee, spray drying and freeze drying. Whichever method is used, the process is started with normal coffee, just brewed in very large volumes. The drying should be started as soon as possible after brewing to try to retain as much of the flavour of the original coffee as possible. The longer brewed coffee is left, the more the taste will deteriorate.

Spray drying is an earlier method, but it is still used by some manufacturers today. The process works using a huge evaporation tower, which is usually around 75ft tall. The coffee is sprayed in a very fine mist at the top of the tower, and a jet of very hot, very dry air blows the mist downwards. By the time the coffee reaches the bottom of the tower, the water molecules have evaporated leaving behind just the tiny dry particles of concentrated coffee.

Freeze drying is the most common method for modern instant coffee and is a little bit more complex. The coffee is first made into a very strong coffee concentrate, which is then chilled and slowly frozen into big coffee ice cubes. The frozen coffee is then ground down into small pieces, which then go into a vacuum chamber where it’s rapidly heated. This vaporises the water from the ice, leaving the freeze-dried coffee behind.

Why doesn’t it taste as good? 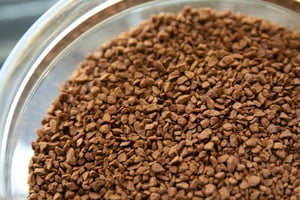 There’s no getting around it, instant coffee just doesn’t taste anywhere near as good as the real thing. That’s because you’re essentially just rehydrating old coffee, like if you put an old cup of coffee in a microwave to heat back up. Instant coffee isn’t completely without worth though, even for the most hardcore coffee lover. It can be used in cooking and baking to get a very strong coffee flavour, often actually working better than the real thing. Believe it or not, it’s also used for developing photographs, as one of the ingredients of the homemade photographic developer Caffenol-C.

Instant coffee may seem like a great choice for getting a caffeine fix quickly, but with modern automation technology, there are definitely better options available. Fully automated bean-to-cup machines such as the WMF 9000 S+ can make up to 350 cups per hour with a wide variety of options, meaning you can get an amazing tasting coffee just as quickly as instant.