Summertime on the horizon - Cold brew coffee at the ready 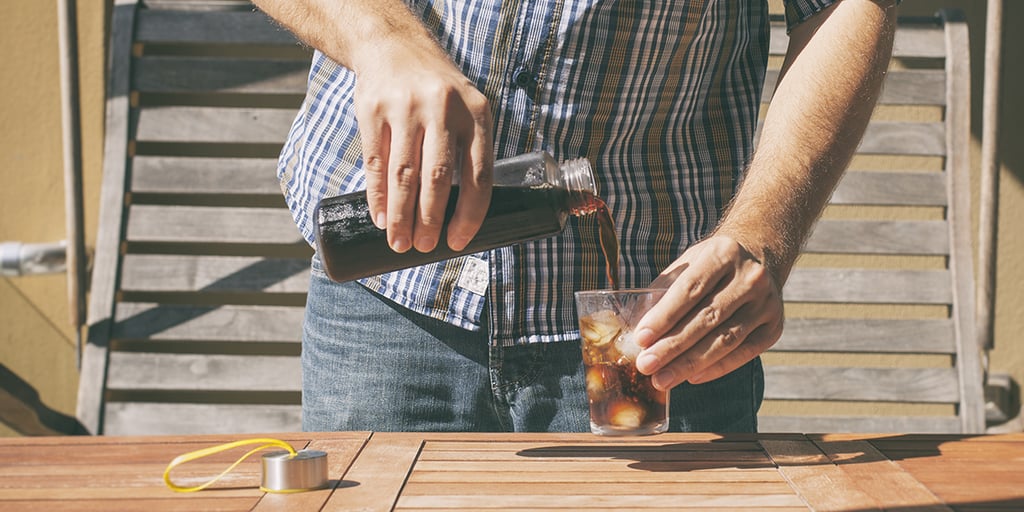 Cold brew coffee is not a brand new coffee coffee trend to the hit the market, it’s been around for a few years now. As days are getting warmer you will likely see cold brew popping up everywhere and rightly so. It’s cold, it’s caffeinated, it’s tasty – this will be the drink of your summer!

It’s just coffee but cold, right?! Wrong! It is, of course, made of the same stuff but it’s made using a completely different process and requires more preparation. This is totally separate from the likes of iced lattes and other iced coffees, as these are typically brewed hot and cooled down (or thrown in with ice which dilutes your coffee).

The process is simple, but not as quick an espresso that’s for sure! Using coarse coffee grounds and cold water, with a higher ratio of coffee to water (¾ cup of grounds to 8 cups of water as a guide), mix together and leave for at least 12 hours (up to 20) before filtering. Then you’re all set, store it in the fridge and drink at your leisure.

There are specialist flasks and home cold brew kits out there, but this can be done in standard kitchenware containers and filtered.

The obvious difference in this brewing method is the temperature. Meaning that the coffee is never heated, which has effects on how the coffee tastes and its concentration.

Here are some of the benefits of using cold brew instead of iced coffee:

Pouring hot coffee over ice gives you a diluted coffee, which on a hot summer day is likely to only stay cold for a minute or two. Using a cold brew coffee there’s no need for ice, of course you can still add if you wish.

As coffee grounds are not brewed with hot water, it doesn’t have the same effect on the chemical profile of the brew as your traditional coffee. The benefit of the lower acidity is that your coffee will be much smoother and less harsh on your stomach. Cooling hot coffee quickly can also give a bitter taste, whereas cold brews lower acidy gives a naturally sweeter taste.

Although caffeine is more easily extracted at higher temperatures, cold brewing takes much longer and brings more kick to the cup! Try using milk/cream to control the intensity.

Nitro brew coffee – Cold brew coffee infused with nitrogen. You will see what looks like beer taps cropping up in coffee shops this summer. No, they are not drinking a Guinness, it’s just a smooth, velvety and creamy cold brew with a foamy head.

Cold brew also opens the door for much more variations of cold beverages. We thought we would finish this with a cocktail recipe for you to try out (not advised for your morning coffee). 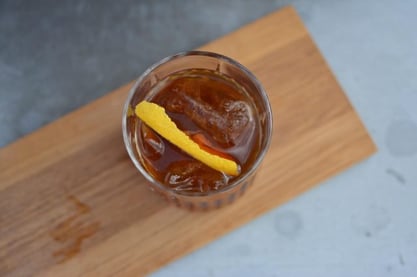 Shake all ingredients together and pour over ice